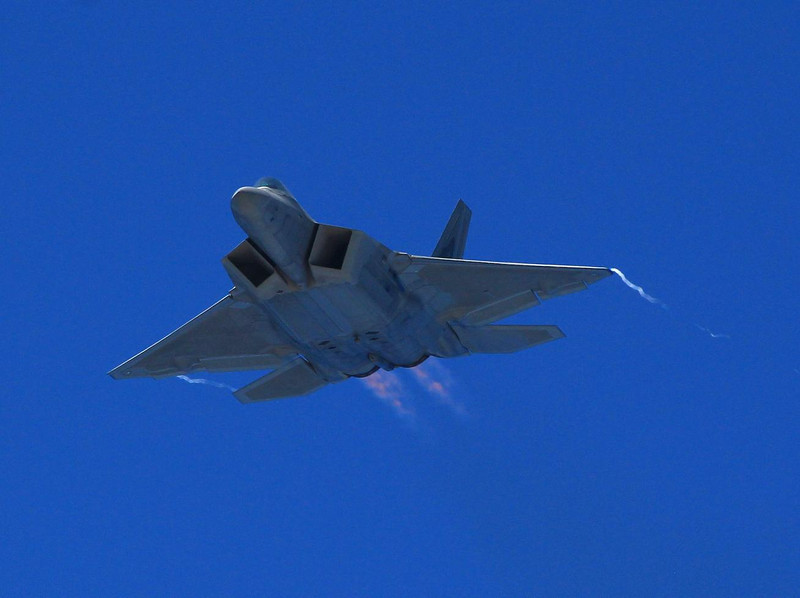 The F-22 is so powerful it became the first fighter to maintain continuous supersonic speeds fully loaded without the use of afterburners. Airshow weight is far less than its 70,000 lbs. of thrust, allowing it to stand on its tail and hover. In simulated dogfights with the best U.S. fighters it amassed a ridculous kill ratio (100 to 1) due in part to thrust-vectoring which allows unprecedented turning control. Also, it's stealth is so good that some fighters cannot get missile lock on it even in visual range!